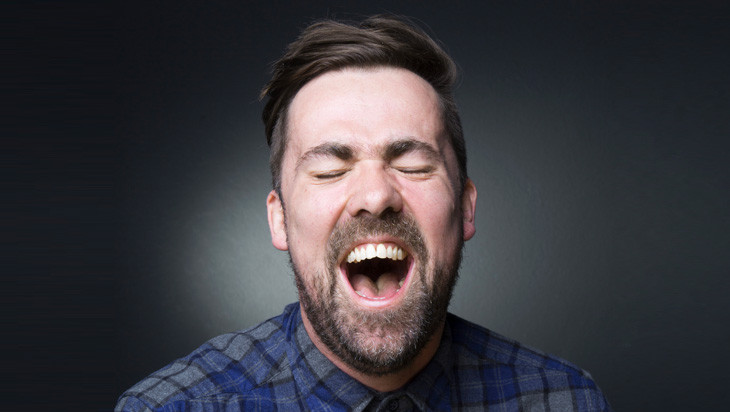 While most people were trying to survive 2021, Ben was trying to escape hospital – surviving three surgeries, revising his bucket list and mistakenly ending up in a nursing home. That was just week one. Hospital life got dark quickly, but Ben kept laughing and it was the nurses that held him together (literally).

This show is a big, fun, thank you hug. Funny, heartfelt and silly, Any Questions? is the show title because when in hospital Ben was constantly asked this by doctors and nurses. Do you have any questions for Ben? He is ready to answer all of them and more

It’s scripted improv meets talk show with a big dollop of Lomas riffing. Every show will be different, but the feeling of fun, laughter and a sense of hopelessness will remain the same.

Ben is an established comedian who has been making people laugh for over a decade. One of his top appearances includes the Just For Laughs taping at the Sydney Opera House. When he's not on stage, he continues to work on some of the best comedy shows such as Mad As Hell, Have You Been Paying Attention?, The Front Bar, The Weekly and Hard Quiz.

Please note, the following performances will be filmed: Sat 9 Apr.
16+
Suitable for audiences 16+