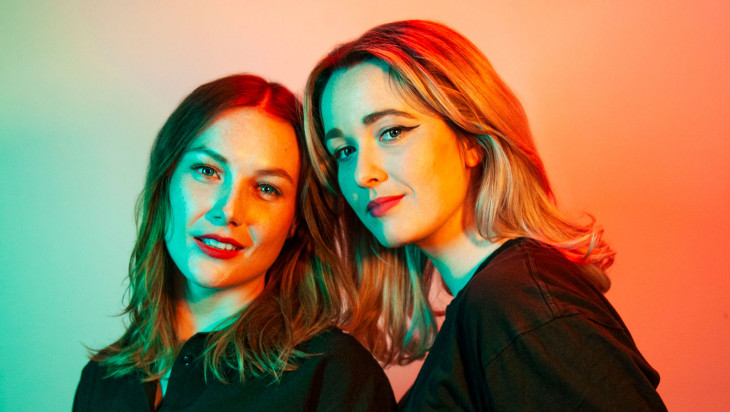 Annie and Lena are different now. Since their sold out run (plus added shows) at Melbourne International Comedy Festival in 2021 the duo have been through some changes.

By 'changes' they mean they're both blonder now. Is this bleaching a trauma response? Or are they just looking to have more fun? Probably a bit of both. Whatever it is, they are definitey Different Now.

With two live shows, a Best Comedy nomination from the 2019 Melbourne Fringe, a highly watched web series and an on demand comedy special made with the help of Stupid Old Studios under their belts, Annie and Lena return with their third sketch show for the 2022 Melbourne International Comedy Festival.

Different Now will debut at the 2022 Adelaide Fringe before coming to Melbourne. Expect high-octane hilarity as the comedians/best friends barrel through whip-fast sketches, music and improv (the cool kind).

Praise for past shows:

'A truly jam-packed show that screams for repeat viewings. ★★★★' The Music

'So good, they make it seem effortless.' Squirrel Comedy

'My new favourite duo are Annie and Lena.' Sometimes Melbourne