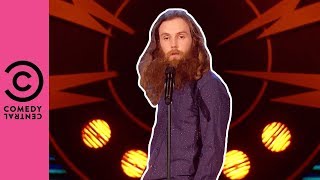 Following his shows about the colour yellow, the sky, faces, water, sleep, hair and talking, the award-winning writer and performer turns his attention to time.

A clip of Rob performing on Stand-Up Central with Rob Delaney (Comedy Central) went viral with over seven million views on Facebook, adding to broadcast credits including End of the F***ing World (Netflix) and The Russell Howard Hour.

‘He romantically seeks wonder and amazement in the everyday. ★★★★' Chortle (UK)

‘An unexpected delight… makes laughter out of wonder. ★★★★' The Scotsman

'A genuine original. Poetical, philosophical, humane, and funny to boot.' The Guardian (UK)