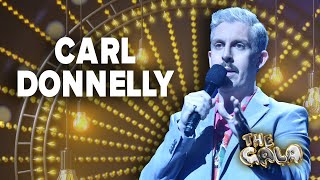 Thanks to his Australian wife, double Edinburgh Comedy Award nominee Carl Donnelly has remarkably been allowed into the country to represent the rest of the world at Melbourne International Comedy Festival.

In 2020, Carl landed in Melbourne two days before the Festival was cancelled and the world went into lockdown! Since then he’s become a dad, grown his hair and discovered the joy of Masterchef Australia. He’s also managed to stay blissfully unaware and positive throughout. Come and see this 'observational genius' (The Guardian, UK) in action.