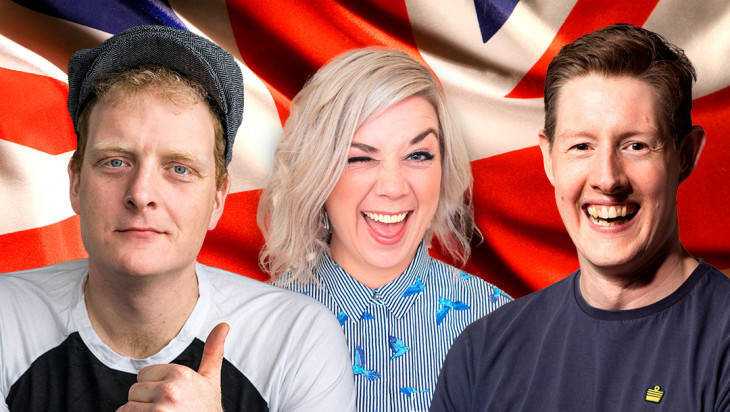 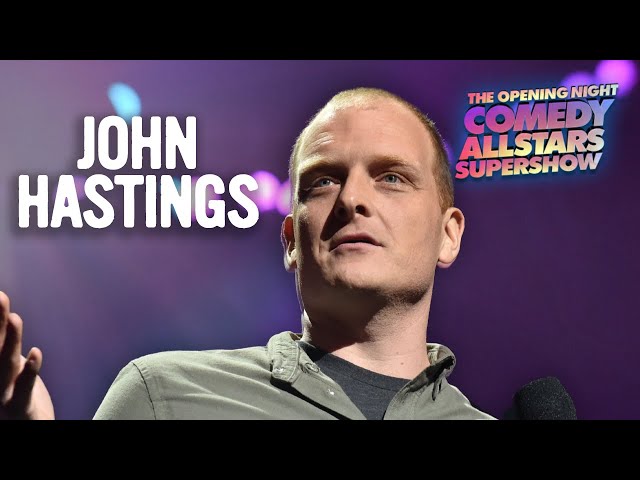 Best of the Edinburgh Fest (CAN,UK)

After a less than funny 2021, Best of the Edinburgh Fest is back in 2022 to showcase some of the best international talent.

This is a night of unbeatable world-class comedy that will have you “smiling beginning to end, and slightly out of breath from laughing so much” (This is Radelaide).

'Three comedians offer a selection of humorous hors d’oeuvres that together combine to make a damn fine comedic meal. ★★★★' ArtsHub

'Leave your parents at home and get your tickets. This is the best comedy I’ve seen in years. ★★★★½' GlamAdelaide

Over the last 15 years John Hastings has appeared at every major comedy festival in the world, including Edinburgh (2021–2019), Melbourne International Comedy Festival and Just for Laughs Montreal. He has been called "one to watch" by the Comedy Network and "you’re in for a gold star evening" (Short Com). In 2019 he performed his sold out solo show John Hastings: Float Like a Butterfly, John Hastings Like a Bee at Melbourne International Comedy Festival and The Age gave it 4.5 stars and called the show “a near-perfect hour of stand-up”.

Geordie giant Luke Benson is a stand-up and improviser from the UK who has performed all over the world. Earning five-star reviews and sold out shows at Edinburgh Comedy Festival and further afield. He has appeared extensively on UK television and radio, including hosting his own radio show. He was nominated for New Comedian of the Year and is starring in an upcoming horror film in 2021. Luke Benson is "one of the surprises of the festival that should be near the top of your list" (Adelaide Advertiser).

UK Comedian, Nicky Wilkinson has a warm, likeable, down-to-earth style of comedy that instantly puts audiences at ease. She was a regular on the stand-up circuit in the UK after reaching the finals of prestigious comedy competitions ‘So You Think You’re Funny’ and ‘New Act of the Year’ in 2013. Nicky moved to Queensland at the end of 2019 to be with her Australian boyfriend, just before the world went to shit. Since then she’s been discovering a few things about the ‘lucky Country’; how much Aussie’s drink, a jellyfish sting to the boob bloody hurts and turns out, her boyfriend is a ‘bit of a bogan’ …welcome to Straya mate! Her impressive stage presence, witty charm and considerable comedy performance experience are ensuring that Nicky moves quickly through the comedy ranks in Australia, making her "one to watch!" (★★★★, This is Radelaide).

Comedy producer and talent scout maven Mary Tobin has handpicked the most excellent next big thing comedians from Edinburgh Fringe over the years to perform in 2022 for Melbourne audiences.

Please note, the following performances will be filmed: Sat 23 Apr.
16+
Suitable for audiences 16+